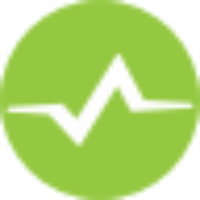 If SQLyog is taking long time (more than 5-10 seconds) to connect to your MySQL server using SSH tunneling then there could be problem with the name resolution.
The first thing that the SSH server does before forwarding the connection to the specified MySQL server is to perform a reverse DNS lookup on the client’s IP. The SSH server may cause an unnecessary delay during authentication due to incorrect or absent of reverse DNS settings. So in case of any slowness you should check those settings.
You can also disable most of the server-side lookups by setting UseDNS = "no" in SSHD configuration file (/etc/ssh/sshd_config on most systems). But in that case the MySQL host must be specified with an IP and not a hostname.

As a result of this improvement we can now also retrieve more meaningful MySQL server and client errors than before - for instance:

And this one is displayed if SSH connection cannot be established for some other reason and it has not been possible to resolve the error to one of the above.
"Could not establish SSH connection. Make sure that the SSH server is running and you are entering correct values for SSH port forwarding."

A concluding note on the popular 'Putty' program and SQLyog SSH-tunneling.

Sometimes when people are having problems with SSH-connections, we often hear "I can connect with Putty without problems". Maybe so, but it does not tell very much (almost nothing actually!) because a connection with Putty or a similar program is not tunneling and does not make use of port forwarding on the remote host. Putty simply creates a remote (and secure) shell on the client machine, and connects to the 'mysql' client program on the server. With Putty the MySQL client is the 'mysql' client on the remote server. With SQLyog SSH-tunnel the MySQL client is the client API that is compiled into SQLyog (and SJA). That is why port forwarding is needed and must be functional with SQLyog SSH-tunneling!