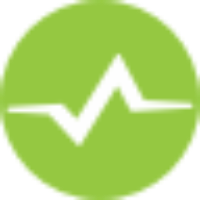 The Blocked Sessions (Count) alert provides the number of sessions on the SQL Server instance blocked by other sessions holding requested locks. For this alert to display, enable monitoring of non-query activities with capturing of blocking events.

By default, blocked sessions wait for a lock wait forever, which is not optimum behavior. You can change this default behavior by making a connection, and then adding SET LOCKTIMEOUT 60000 to the top of the first T-SQL batch.

Reduce the number of blocked sessions

If you experience more than one blocked session on an average day, your site may experience one of the following issues:

When your transactions run longer than they should and clash, consider drastically reducing the time that a lock is held by:

To enable alerting when this metric is outside its established baseline, click the Baseline Thresholds Enabled (as a percentage of baseline) check box in the Alert Configuration window.