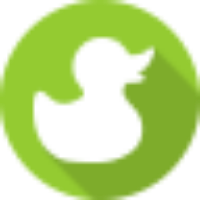 This build includes many new features and fixed issues, including the following updates from previous releases.

There are no new features in this release.

Resolves an issue causing an error during script generation

This release of IDERA SQL Data Compare resolves an issue that caused an error to appear when generating synchronization script.

IDERA SQL Data Compare mapping rules include a new mapping between the DATE data type and other similar data types, such as DATETIME, to resolve some compatibility issues.

This release fixes an issue with the serialization of the HierarchyId data type requiring additional memory. Serialization is a process that is triggered when IDERA Data Compare finds a table too big to fit in memory.

There are no new features in this release.

Resolves an issue causing an error before the comparison completes

This release resolves an issue causing some IDERA SQL Schema compare users to see an error message stating that an item with the same key is already added to the database. This error appeared before the comparison was complete and related to database assemblies didn't map properly due to multiple files or multiple file having the same name but a different path or extension.

Workspace displays a warning if JavaScript is disabled

The IDERA SQL Comparison Toolset Workspace now displays a warning message if JavaScript in Internet Explorer is disabled. JavaScript is not critical, but is needed for some of the Workspace functionalities. A master option in the app.config can hide this warning. The toolset requires JavaScript to be enabled for IE only.

In addition to the regular tables, IDERA SQL Schema Compare also supports policies on other database objects. Note that each type of policy does contain some restrictions and other subtleties imposed by SQL Server, such as:

It is important to mention that Azure v12 supports CMK, but uses a provider that is different from the on-premise SQL Server. IDERA SQL Schema Compare compares the CMK on Azure and generates a warning if the provider is not supported by the target database. Note that the warning may not be completely accurate because the list of providers is not fully known and goes beyond the scope of the database. The only Azure provider known at this time is the Azure Key Vault provider.

The new option Compare column encryption keys determines whether the CEKs are compared and synchronized.

There are no new options for natively-compiled triggers.

System-versioned tables, sometimes referred to as “temporal” tables, are fully supported. Because sys-versioning is a major feature in SQL Server 2016, with many parts and objects, it is hard to fully document it. IDERA SQL Schema Compare:

Extended properties are supported on all objects. It is important to note that all new objects, including the memory tables, are non-transactional. IDERA SQL Schema Compare executes them outside the main transaction when databases are synchronized.

The comparison options for memory tables existed in the previous version of IDERA SQL Schema Compare. Version 7.0 adds a new Compare hash index bucket count option, which determines whether the BUCKET_COUNT property of an hash index is compared. A “hash index” can be added to a memory table type as well.

Memory tables have the following limitations:

IDERA SQL Schema Compare supports the stretched tables or the remote data archiving feature. RDA is supported even on system-versioned tables (the history in this case can be configured as a stretched table).

Schema changes that require a table rebuild are not supported when the table is stretched. Most of the changes on a stretched table require additional script that disables stretching. IDERA SQL Schema Compare generates warnings, so that the user is aware when the table stretching changes.

IDERA SQL Schema Compare cannot enable a database for stretching. It does however generate a template that can be used by the user to manually, outside the toolset, enable the database stretching. The following T-SQL snippet, commented out, represents the template:

--3. create a database credential to use for communication between the on-premise database and the remote Azure database
CREATE DATABASE SCOPED CREDENTIAL <credential> WITH IDENTITY = '<identity>' , SECRET = '<password>';
GO

It is worth mentioning that IDERA SQL Schema Compare does not automatically enable the database stretching for two reasons:

IDERA SQL Schema Compare 7.0 does not support the external tables.

Note that columnstore indexes are supported on a premium tier of Azure v12. As a result, IDERA SQL Schema Compare allows and supports them on all versions of Azure.

Below is a summary of the new options supported by IDERA SQL Schema Compare 7.0:

In addition to the Command Line wizard, IDERA SQL Schema Compare includes a new option in the schema compare UI. It allows the user to export a comparison session and create a command line directly from the UI.

IDERA SQL Data Compare 7.0 changes the transactional isolation level from “SERILIZED” to “READ COMMITTED” in order to supported the script that disables the foreign keys on memory tables.